Scottish History on Your Doorstep 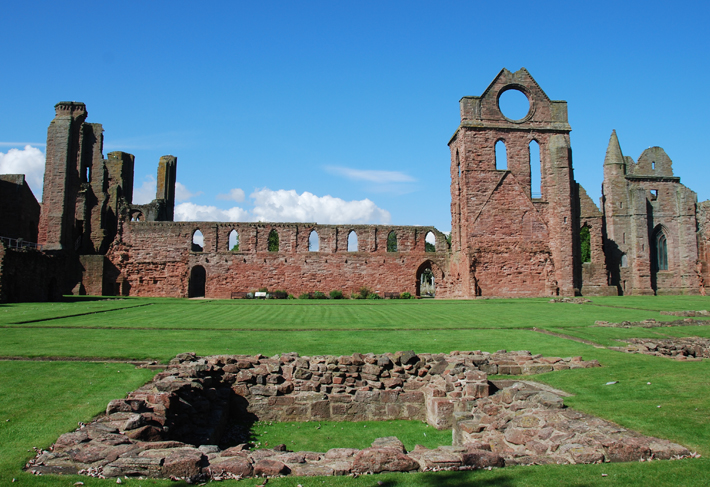 Scottish history shows many foreign attempts to suppress national spirit, language and culture but Scots have stood firm, leaving today’s generation feeling justifiably proud of their ancestors and the country in which they live.

Scratch the surface of the surrounding area and you will find people and events that have helped to shape the course of history – possibly none more so than the adjoining region of Angus, known as the birthplace of the Scottish nation. The following places are all easily accessible and a fantastic choice for a day trip that is cultural, educational and fun for the whole family. 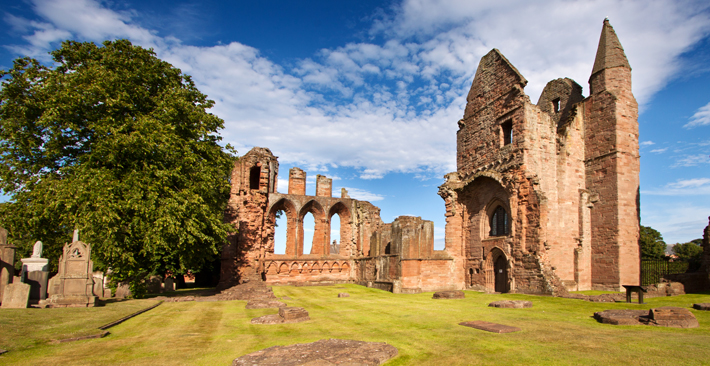 1320 was a momentous year in Scotland’s history as it marks the date when Scotland’s nobles co-signed a document declaring their independence from England and the rule of Edward II, putting Robert the Bruce on the throne of a unified Scotland. The Scottish assertion of independence was written at Arbroath Abbey and is widely known as the Declaration of Arbroath. 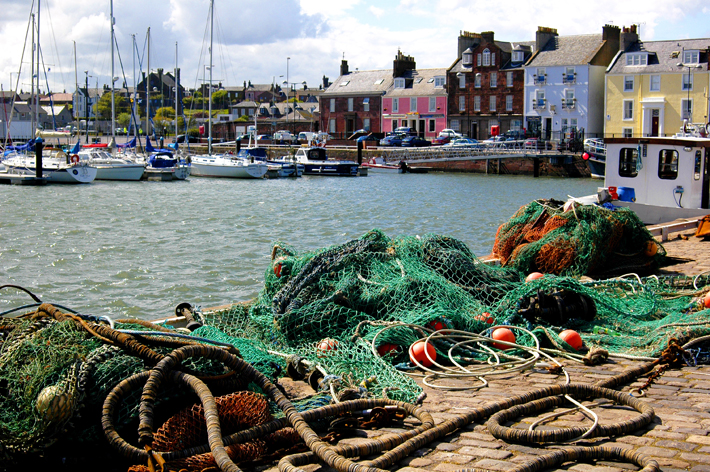 Although most of the abbey, apart from the Abbot’s Residence, lies in ruins, it is possible to appreciate the scale and grandeur that marked it as one of the most important monasteries in the country for 400 years. William the Lion, who founded the monastery, is buried within its grounds, and the abbey was – briefly, anyway, home of the mythically named Stone of Destiny. The gardens at the abbey are lovely, especially in the spring when the flower beds are in full bloom.

Arbroath is a pretty city. Once you have spent a peaceful hour or two soaking up the atmosphere in the abbey then you can explore Arbroath Harbour (picture above), walk along the coastal footpath toward Auchmithie, pick up some tasty traditional Arbroath Smokies, or take a side trip to the historic village of St Vigeans to see its famous carved stones. 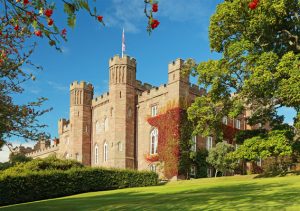 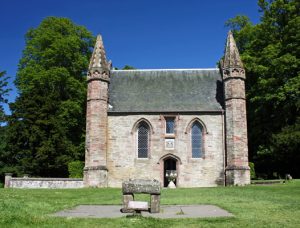 If Arbroath Abbey is the birthplace of Scotland, then Scone Abbey (pic above-right) is its seat, quite literally if you consider that the Stone of Scone, also known as the Stone of Destiny or the Coronation Stone, has been used in the coronation ceremony of Scotland’s monarchs for more than a millennia.

Little remains of the abbey but the surrounding Scone Palace (pic above-left) is a beautiful building and certainly worth the drive from Dundee for its stunning interiors, priceless collections, wonderful gardens and breathtaking views that stretch along the River Tay and towards the Grampians. Scone Palace is a popular tourist attraction with a fun calendar of events throughout the year, including falconry displays, Christmas markets, concerts and workshops.

The spectacular clifftop location is a great reason to see Dunnottar Castle. It is clear why this is a favourite choice for modern photographers and, before them, Christian pilgrims and Pictish rulers. The landscape is ancient. The rock on which the castle stands dates back 440 million years, but the castle would not have withstood the ravages of time if not for the help of Lady Cowdray, who purchased it in 1925 with the view of restoring the ruins so that future generations could enjoy them.

One of the best ways to approach the castle is on foot or by bike from the nearby village of Stonehaven. The route to the castle is picturesque and takes around 15 minutes to walk if you park by the harbour (picture below). Stonehaven has a beach and several pubs and restaurants that make it a good place to stop for lunch. 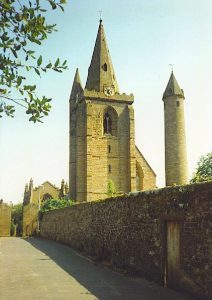 The spires of Brechin Cathedral have been a distinctive landmark since the Middle Ages, as has the Round Tower, which dates from 1000 CE and is one of only two of its type in Scotland. The site has even earlier links to Christianity, with records indicating that a follower of St Ninian, Dubhoc, lived in a nearby hermit’s cell in around 700CE.

Thousands of years of worship has imbued the walls with a strong sense of serenity to make it an ideal place where even the non-religious can take a break from their busy lives and appreciate the opportunity for peaceful contemplation. Music lovers should time their visit with one of the cathedral’s regular concerts.

Brechin’s cathedral technically makes it a city – the only one in Angus – though its feel is more of a friendly market town. In addition to places to shop and eat, Brechin has a 70 acre country park, a well-curated local museum and a heritage railway centre. Nearby are the ancient White and Brown Caterthuns and the Aberlemno Pictish Stones.

Other attractions of historic interest in Angus include Red Castle, Glamis Castle and Airlie Castle, as well as Restenneth Priory and the Pictish Heritage Trail. 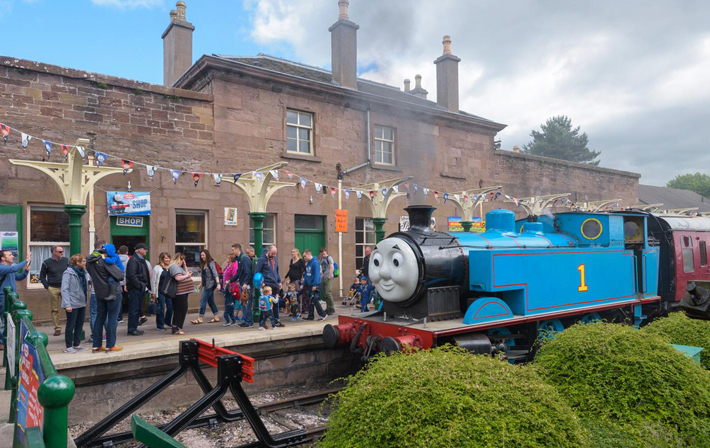 Previous PostScotland's Mither Tongues: Past, Present and Future: Part I Next PostWarming and Delicious: Kedgeree is the Perfect Dish