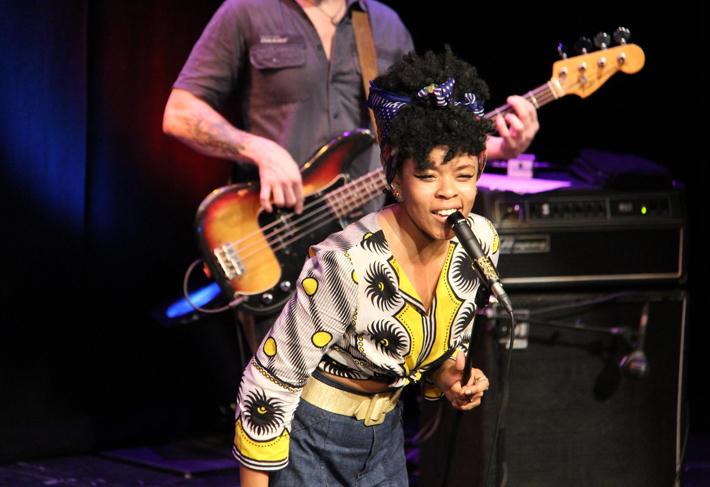 City Life were delighted, once again, to be invited by Jazz Scotland to review the Dundee Jazz Festival. Little did we know how colourful and vibrant this year’s festival was about to become. Jazz characters from all over the world were gathering together during the week of Dundee’s supermoons, something ethereal was in the air, we had a feeling the deep soulful spirit of jazz music was about to come alive. 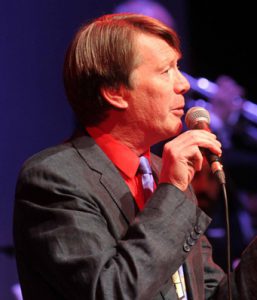 The deep broadcasting tone of Dundee’s Alan Steadman, the voice of Scottish jazz, introduced the festival to a packed Gardyne Theatre. The Scottish Swing Orchestra then swung into action with a colourful and visual history tour of swing. The Fly Right Dance Company danced through the rebellious pop music of the 1930s and 1940s with the Charleston, the Lindy hop, the Jitterbug and the Ragtime dance. Dave Batchelor (pic right) and the band took us on a musical fairy tale of legends. The spirits of Glen Millar, Duke Ellington, Ella Fitzgerald, Frank Sinatra and more were brought to life once again.

Dave Batchelor shared some of his musical wisdom with us…

“We are nearly at the 100th anniversary of the first jazz recording and I have this sense that Dundee’s encapsulating a hundred years in five days. People forget that jazz was a really energetic, young, kids’ music, it was the rebellious pop music of its day!”

Two of the hottest singers and performers on the international jazz/blues circuit were in Dundee on the second night. First up was a hidden Scottish gem with a recording voice that could sell millions. Charlotte Marshall (pic below), born in Australia but now settled back in her homeland, was just dynamite! What a razor sharp, sultry, voice she has and what a stage performer. Charlotte and her sizzling 45s were a pure funk and groove rollercoaster. She could easily be compared to Amy Winehouse; however, this lady is definitely her own woman.

We caught up with Charlotte after the show…

“I’m a very emotionally driven person and I just dive entirely into the song.”

“My father’s family are Scottish and my mother’s family are Hungarian. I saw Dougie MacLean performing Caledonia at an Australian festival and I don’t think anything has ever tugged my heart strings so much and that’s why I knew I had to be home in Scotland.”

Charlotte kindly gave us copies of her Bootleg Liquor and Big Easy CDs and we haven’t been able to stop listening to them since! 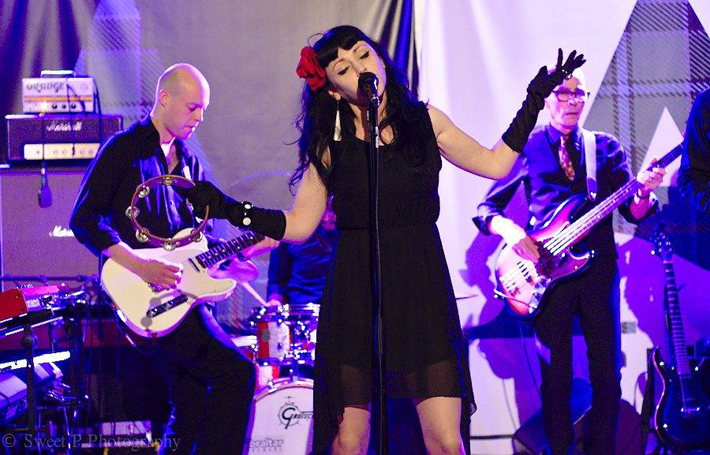 The charismatic Nikki Hill (main pic) and her band from North Carolina were up next with a real deep south flavour of American roots, country blues, gospel and rockabilly, with a gritty rock edge. Nikki’s explosive performance, her incredible voice and her high energy band delivered an outstanding show. Nikki’s rebellious voice ranged from smooth and creamy one minute to an electrically charged bolt of lightning the next!

“I started singing in a Baptist church as a kid. The power of the music was the part that captivated me, we were very lucky to have a very energetic choir, a lot of singing, clapping, shouting and dancing.”

“I’ve been touring the world since 2013, I would come back to Dundee in a heartbeat, it’s such a beautiful town, my husband Matt Hill, our guitarist, has roots in Scotland, he is so excited to be here.”

Her advice to young Dundonians…

“Make sure you respect yourself and make sure other people respect you.”

The next night, Seonaid Aitken (pic below left) was in town with Rose Room. Seonaid, a brilliant Gypsy jazz singer and violinist, is a hot ticket right now. They beautifully recreated Stephane Grappelli’s and Django Reinhard’s Rive Gauche Paris of the 30s and 40s. They were joined by the sensational swinging saxophonist, Konrad Wiszniewski, and the String Quartet. 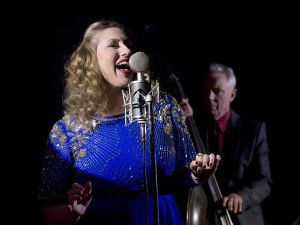 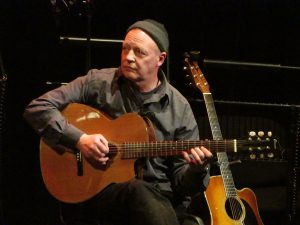 Next up travelled Dundee’s very own Gypsy jazz wagon, Vardo. Calum McKenzie, Dave Rattray, Kevin Murray (pic above right) and George Carmichael combined to create a fiery and evocative sound of the romantic cafés, dance halls and sidewalks of Paris of the 30s, 40s and 50s. Well done lads, you nailed it!

Entranced by the Gypsy sound, we made it to Dundee’s Reading Rooms to experience one of the jazz scene’s brightest stars. London born, Barbadian-Jamaican, double MOBO award winner and BBC Radio 3 presenter, Soweto Kinch (pic below right), took his bebop influenced alto saxophone style to its experimental edge. Soweto’s intelligent evolution of combining jazz and hip-hop is a wonder to behold. Just like the Afro-American roots of jazz itself, he rebelliously ignores musical norms and, like a jazz Houdini, confidently conjures his own highly skilled jazz-hip-hop magic show. The whole audience were rapping along to ‘I know you and you know me’ and then another ‘D.U.N.D.E.E’ rap. There’s a real deep spirit in his music and new album, Nonagram.

Soweto invited us on stage after the show for a chat… 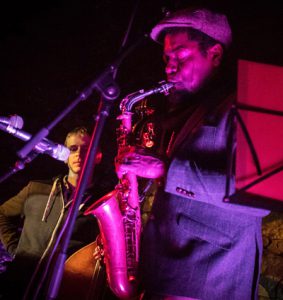 “I think everyone should be lost in their music, music comes from both a deeply internal place and somewhere else. There is sense that music keeps you childlike and keeps you in touch with that playful aspect of a personality. I also think it encourages old lessons and ideas and I find myself wanting to be a conduit for my ancestors and voices that came a long time before me in Africa and America. I’m trying to get in touch with that rich vein of energy that produced jazz, reggae and hip-hop and all that, it’s one musical family with different branches.”

His advice to young Dundonians…

“Try and have integrity, search for authenticity, keep going, and don’t give up!” 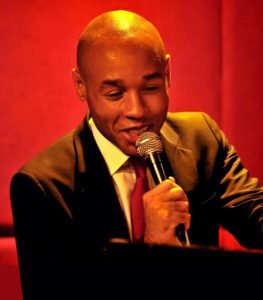 “The music itself and also the people, the energy and the spirit of the audience inspires me.”

His advice to young Dundonians…

“Keep practicing, never give up!”

Also on the same bill was Scottish jazz pianist, Fergus McCreadie, one of Scotland’s young rising stars, with David Bowden and Stephen Henderson. This young Scottish trio prove that the future of Scottish jazz is in good hands…

“Scottish jazz definitely has its own sound, it’s different from London, Europe, and America, our natural exposure to our own folk roots seeps into our jazz spirit.”

Two clan chiefs of the Scottish jazz world, Brian Kellock and Tommy Smith (pic below), were in bonnie Dundee to perform a unique acoustic saxophone and piano duet. These free thinkers of Scottish jazz combined to create a beautiful acoustic atmosphere tinged with distinctive sounds of Scotland. The lads carried off an absolutely magical jazz version of Robert Burns’ A Red, Red Rose. Tommy’s celestial whirlpools of saxophone sound float you to the wild mountainside. The deep independent spirit of Scottish jazz is alive and free in the guardianship of these virtuosos.

“I’m a Jacobite at heart, the modern Jacobite doesn’t have a kilt. The album has Scottish themes and Scottish folk songs through it.”

“The saxophone has been my passport to the world.”

Finally, Brian shared some wise words with us…

“Keep listening and keep your ears open, the ear can see more than the eye can, try not to learn too many tunes out of books.” 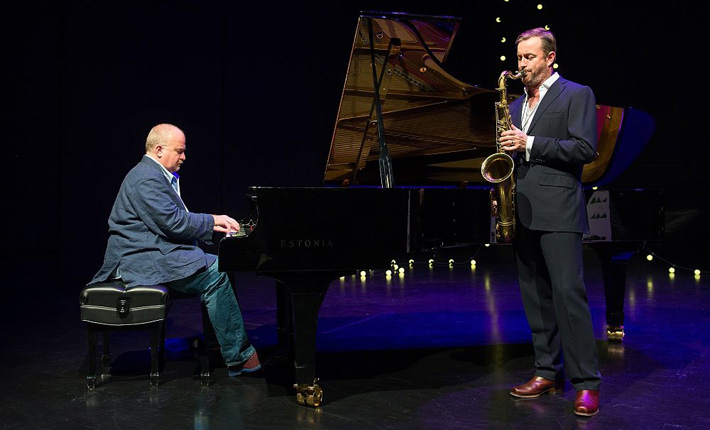 Late Night at the Rep

Jazz in the Ferry 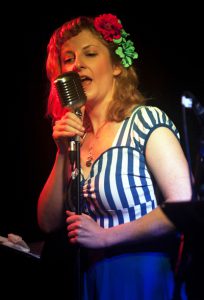 “At an early age I travelled to California and New Orleans to follow my passion. Jazz is something that you have within in you, for me it’s the stories behind it all and it’s the old Afro-American New Orleans jazz and blues that speaks to me. It’s an American art form, the best thing that America ever gave us.”

We hope this journey around the Dundee Jazz Festival has been inspirational and enlightening. How lucky we really are to have so many wonderful musicians and characters from all over the world travelling to our great city.

Hope to see you there next year!

For more information about the Dundee Jazz Festival please visit: 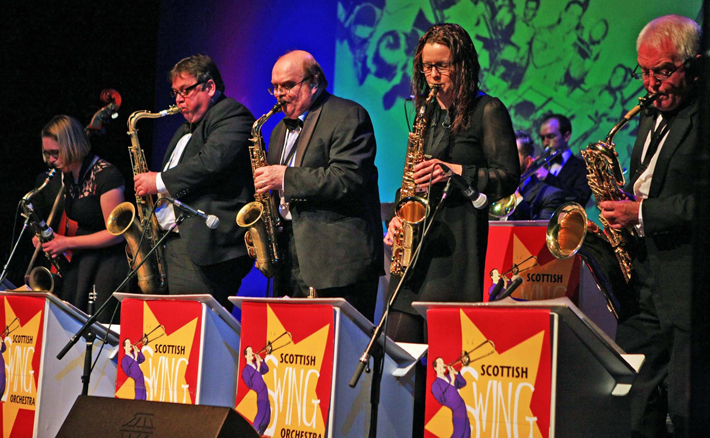