Get Your Kicks on Scotland’s Route 66 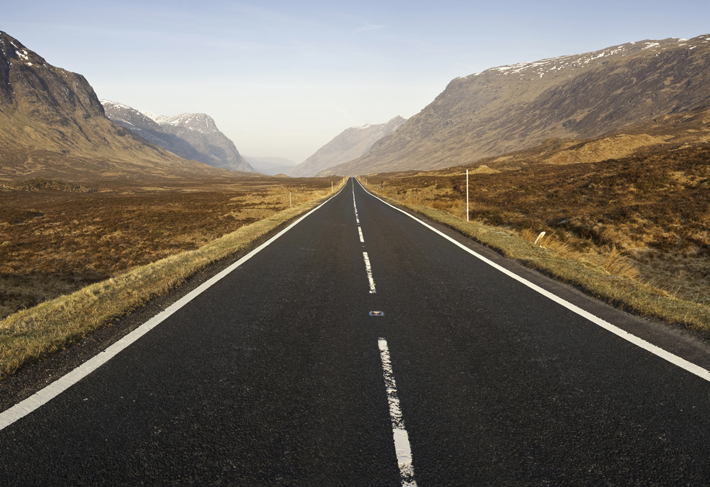 Traversing more than 500 miles, Scotland’s North Coast 500 route has been compared to America’s iconic Route 66. Like its American cousin, the North Coast 500 takes in diverse landscapes and spectacular scenery to give visitors a true flavour of Scotland whether they follow the route from end to end or spend a few happy hours driving or biking a smaller section.

The North Coast 500 runs in a circle encompassing Inverness and the east coast up to John O’Groats, the northern tip of Scotland including Bettyhill and Durness, along the west coast past Lochinver, Ullapool, and Applecross, and across the highlands from Lochcarron to the Muir of Ord, taking in the best of Inverness-shire, Easter Ross, Black Isle, Caithness, Sutherland, and Wester Ross. 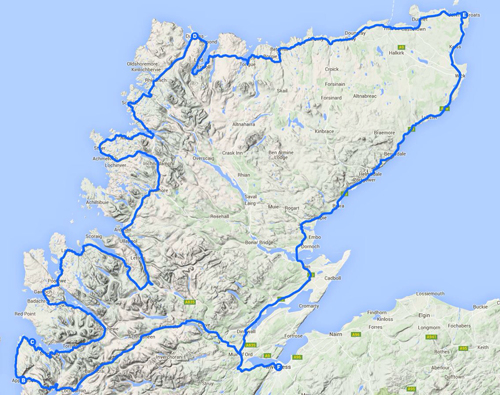 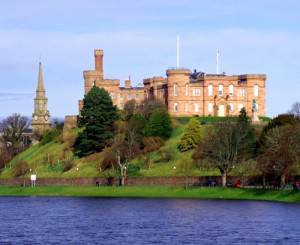 The official starting (and finishing) point of the North Coast 500 is Inverness Castle (pic right). This imposing red sandstone building features beautiful gardens that are open to the public, and links to Mary Queen of Scots. While you’re in the region why don’t you pop by Loch Ness and give Nessie a wave, soak up the history in Culloden, stroll beside or glide along the Caledonian Canal, or park up and enjoy a dram or two after a tour of the Tomatin or Glen Ord distilleries. 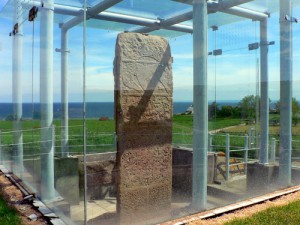 The ancient Picts inhabited Easter Ross between the 3rd and the 9th Centuries and remains of their intricately carved stone monuments still dot the landscape. You won’t regret a detour to see the Shandwick Stone (Clach a’ Charaidh in Gaelic) (pic right), or the Thief’s Stone (Clach a’Mheirlich). Easter Ross is a wonderful contrast of deserted coastline and thriving towns. Tain is the oldest burgh in Scotland, and boasts impressive architecture and an enviable golf course; while Alness and Invergordon are the largest and liveliest towns. Stretch your legs with a walk to the Fyrish Monument near Alness and you’ll be rewarded with incredible views if it’s a clear day. 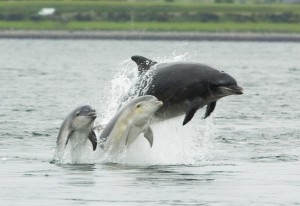 Take your time and enjoy pristine beaches and incredible views over the Moray Firth. You might be lucky enough to see dolphins in the crystal waters off Avoch Beach, Rosemarkie Beach, and Chanonry Point, either from the shores or from a dolphin spotting boat tour. Black Isle is a golfer’s dream, or try Learnie Red Rock Mountain Bike Trails if you want to step your adrenaline levels up a notch. There is a great choice of pubs and restaurants which make use of the plentiful fresh seafood, and a number of local breweries making just the thing to wash it down with. 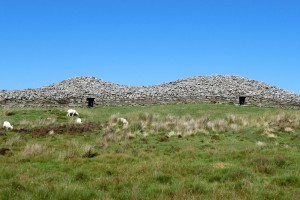 The next stop on the North Coast 500 is Caithness where one of the highlights of the landscape is the Camster Cairns (pic right). Dating back more than 5,000 years they are some of the oldest monuments in the British Isles. The cairns are known to be burial chambers, however the purpose for the stones speckling the Hill O’Many Stanes is unknown. These stones number more than 200 and are thought to have been erected over 4,000 years ago. You can’t drive through Caithness without stopping at John O’Groats, the most northerly point on Scotland’s mainland.

Ben Loyal (pic below left) is a focal point of Sutherland. Also known as the Queen of Scottish Mountains, the majestic peaks rise above Loch Loyal. The climb to the top is a challenging 9.5 miles but worth it for the view which stretches for miles. Smoo Cave (pic below right) is the most popular north coast attraction. Sutherland’s east coast is not as dramatic as the north, but certainly no less beautiful with its swathes of emerald green golf courses including Royal Dornoch, Golspie, and Brora. 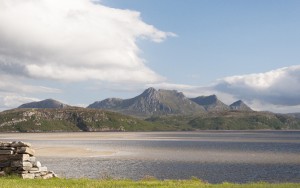 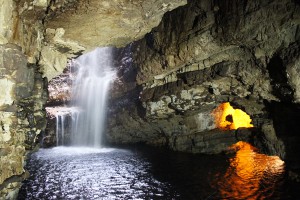 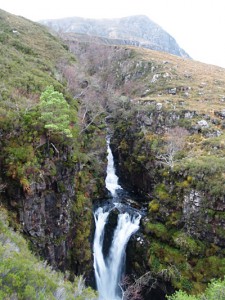 Last but not least is Wester Ross, another sensational combination of history and heart-stoppingly beautiful scenery. Ardessie Waterfalls (pic right) are even better after rain, and you can’t beat a picnic on Big Sand Beach. Beinn Eighe is the oldest national nature reserve in Scotland, and there are several arboretums and gardens to satisfy even the greenest-thumbed traveller. Lochs, mountains, beaches, and woodland – Wester Ross is the ultimate “escape from it all” destination!

The best way to experience the North Coast 500 is by campervan or motorhome. Throw the stress of everyday life out of the window and head off for a relaxing holiday of amazing views, delicious food, and unforgettable memories. For more information on campervans and motorhomes, check out our ‘On the Road’ article.