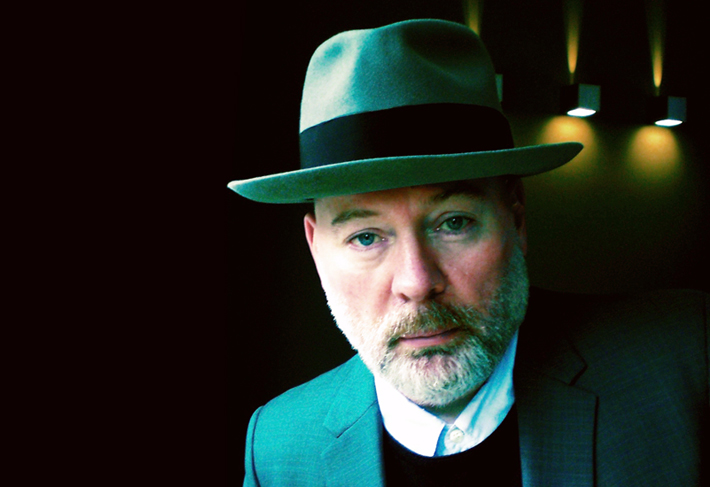 A soundtrack of the late 1980s just isn’t complete without the sweet tones of Gary Clark’s voice and the magical music of the Dundee band, Danny Wilson. Bouncing around the radio airwaves with other Top of the Pops anthems of that era, their international hit ‘Mary’s Prayer’ confidently proclaimed and echoed the sound of Dundee all around the world and forever captured, for many Dundonians, the wonderful innocent memories of the late-eighties. Along with multi-talented brother Kit Clark, and fellow Dundonian Ged Grimes, the good looking trio were also broadcasting cool to the world on MTV style videos of the day. It was with a little serendipity that City Life bumped into the man behind that magic, recently involved in the successful film-musical Sing Street. 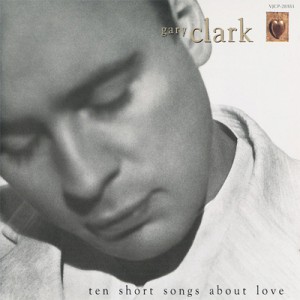 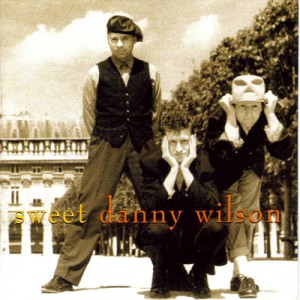 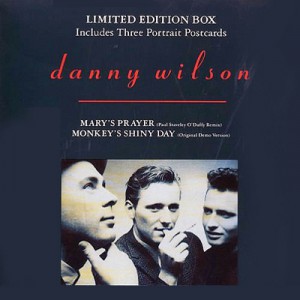 Everything is Wonderful, Being Here is Heavenly

We met Gary and his lovely wife Alison (Gary’s manager and interior designer) at the Castlehill Restaurant in Dundee. City Life had been lucky enough to be invited along to do a review of Scotland’s youngest ever Michelin starred chef, Graham Campbell, and the team at Castlehill were delighted to add two last minute guests to the table! The culinary stars were definitely aligning that night, as it soon became apparent that Gary and Alison absolutely love good food. It also quickly became clear that Alison and Gary just love being back in Dundee. They were based in Los Angeles for many years and were genuinely feeling happy and settled here. 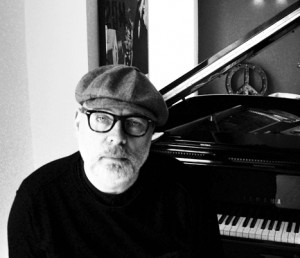 “Yeah it’s amazing being back in Dundee, we were actually viewing homes in Edinburgh and Glasgow as Alison is from Edinburgh. I didn’t want to put pressure on Alison as it matters to me that she is happy. On the last day of house viewings we looked at one in Dundee and Alison fell in love! We bought the house, moved in, and then I immediately had to go to Sweden for a month on a musical project so Alison, like a baptism by fire, was left for a month on her own. By the time I got back she was like, ‘I love Dundee, it’s brilliant’. That made me really happy, it was almost meant to be, it’s a great place to live, we’re both more chilled and happier!”

I Won’t Be Here When You Get Home

Born in Dundee in 1962, brought up on the Douglas council estate, and schooled at St. Andrew’s Primary and St. Saviour’s High School, Gary was always destined to become a musical wizard as he was constantly listening to and studying the structure of music and songs. He was at his happiest when he could put on a pair of headphones and disappear into the soundscape. It wasn’t long until he was involved in the music scene and it wasn’t much longer when, in the early-eighties, he set off on his own musical steam train to the Milky Way, when he left Dundee and family behind to follow what would become his musical destiny.

“I was lucky that music was my passion, I used to listen to records on my headphones in my bedroom in Douglas on the Boots stereo. The headphones would bring you into the musical world, you could just hear all the instruments around you and learn so much that you could’na really hear on the speakers, but on the headphones, wow!

“I can remember seeing Billy McKenzie on Top of The Pops, it made you feel like it was possible, you could actually have a life in the music business.”

Nothing Ever Goes To Plan?

Gary moved to London with his pal Ged Grimes (now with Simple Minds) and became involved in various London bands including Clark’s Commandos and Dream Kitchen. They then formed a trio with Gary’s brother, Kit. They signed to Virgin Records in 1986 and settled on their name Danny Wilson. The following year saw the release of the first album Meet Danny Wilson. The first single, ‘Mary’s Prayer’, written by Gary when down on his financial luck in a dingy London squat, was a worldwide hit, reaching number three in the UK and number twenty-three on the USA Billboard Hot 100 chart, earning him a BMI award and an Ivor Novello award nomination. A second album Bebop Moptop was released in 1989, including hit single ‘Second Summer of Love’ which reached number twenty three in the UK Singles Chart. 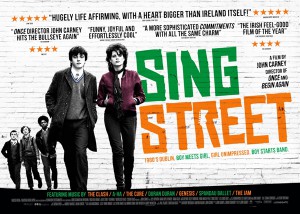 “Sometimes you’ll walk into a room and not realise that you’re meeting somebody that is going to be such an important catalyst in your life. At high school there was a science teacher, Paul Fitzpatrick, who would give up his lunch times to teach rock guitar, and Michael Marra who was an amazing mentor to me, took me to my first studio sessions in London. What I’m doing now with Sing Street is not based upon what I’ve been doing for the last thirty years, it’s based upon a song I wrote in a London squat back in the early eighties. People thankfully still remember that song”

In 1991, Gary embarked on a solo career, releasing the 1991 single ‘You Can’t Turn Around Me’ then releasing a 1993 solo album called Ten Short Songs About Love. In 1995 he formed a rock band called King L and released an album A Great Day For Gravity. He was then involved in a pop trio called Transister, whose songs were featured on the films Nightwatch, Jawbreaker, Charlie’s Angels and Wild Things. Around this time, Gary was increasingly evolving into a songwriter and record producer with Lauren Christy’s album Breed and a collaboration with Natalie Imbruglia (pic below left) began with the single ‘Wishing I Was There.’ He co-wrote and produced eight tracks on her subsequent album, White Lilies Island, and has contributed songs to all of her albums thereafter.

“I remember being on a tour bus going up to the north of Sweden to play a forty minute festival set and we had to drive two days to get there and two days to get back. I just remember getting this feeling it didn’t make sense and realising I could be in the studio. It was that ‘aha’ moment for me and that was the last gig I did, it’s the studio for me!

“I once got a phone call from Natalia Imbruglia from a hotel room in Russia, watching a TV clip of ‘Mary’s Prayer’ and she was screaming – ‘Gary what are you doing on the television?’. I’d been working with her for ten years and she didn’t even know, ha ha ha!”

It was a beautiful day to wake up when, in 2007, Gary sailed onwards to Los Angeles where his song writing and production magic was in demand. He co-wrote and co-produced the Ferras (pic below right) record ‘Aliens and Rainbows’ and tracks for Clique Girlz and British band McFly. He produced and co-wrote the song ‘Got Dynamite’ for Demi Lovato on her number one album Here We Go Again. In 2012, he co-wrote and produced ten songs on Delta Goodrem’s album Child of the Universe, including the single ‘Wish You Were Here’, which reached number two on the 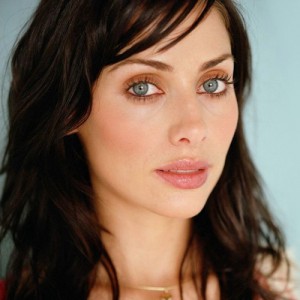 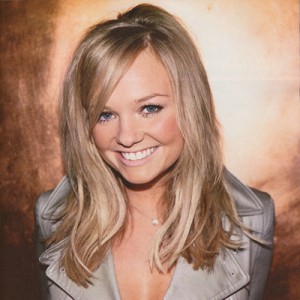 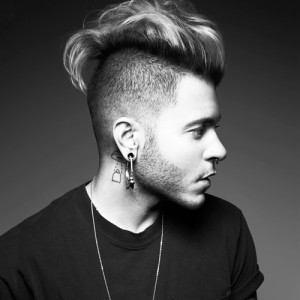 “The Ferras record ‘Aliens and Rainbows’ that took me to LA, is a record I’m really proud of. It’s the first thing that I did when I got to LA and was really liberating for me, interestingly the title track is called ‘Liberation Day’.”

“The producer is the person that’s become the star. It’s an unbelievably powerful new position in music. When you look at the biggest export in Scottish music in the last ten years it’s a producer – Calvin Harris.”

Now back in Dundee, Gary has recently co-composed and co-performed the music on the 2016 film Sing Street. Wow, no bad for a wee laddie fae Douglas, eh?!

“I’ve never lost a single ounce of passion for music, I’m probably just as madly obsessed as I was when I had my Boots headphones wrapped around my throat! I also work with a lot of young people which keeps me young. Coming back from Los Angeles is like coming back from the frontline of the music industry and stepping back is giving me a great perspective, it’s amazing. One of the reasons I came back here was to find and develop young artists.”

“We’ve got to ensure that kids have got the right tools to go into the music business. In Sweden they have a structure that teaches kids the technology of music. They take the culture of music and the culture of pop music very seriously. If you look at the American Billboard charts in the last ten years it’s populated with about fifty per cent of Swedish produced or contributed records, it’s unbelievable.”

“My biggest advice to young people is to make yourself valuable. You’ve got to make great music and get it out into the world. It’s a lot of hard work to get your name around but once you get into the music community, it opens up the world.”

Cheekily we had to ask… 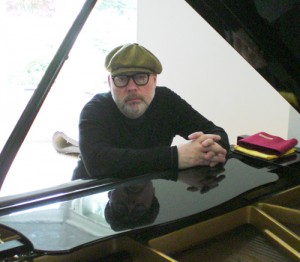 “There’s more chance of a Danny Wilson reunion happening now than ever before as we are all back around Dundee. We have talked about trying to do stuff but it’s almost impossible to get everyone in the same room for a pint never mind rehearsals and a gig, ha ha ha! I think we’ll end up doing something at some point.”

Back in the 1980s, Gary had the music industry knocking on his Dundee door and it’s amazing that all these years later they are still knocking. No matter where your musical journey takes you next Gary, you remain an angel in our hearts and there will always be a light on in heavenly Dundee for you.

Be sure to read our review of the film-musical Sing Street and don’t miss our review of Graham Cambell and the Castlehill Restaurant in the next issue of City Life Dundee.