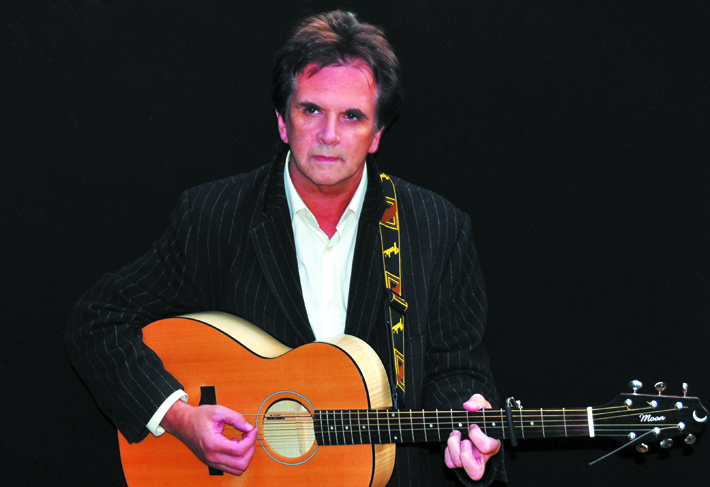 For a while now, City Life have been planning a ‘Scots Voice’ section in the magazine to showcase some of the inspirational Scottish characters from around Scotland and the rest of the world. So what better a voice to begin with than Donnie Munro. Not only one of the most popular singing voices known in Scotland, but also a songwriter, musician, artist, writer, radio broadcaster, school teacher, university rector and Gael.

Donnie was born in 1953, in Uig on the Isle of Skye. Back in the 1970s, his old school pals, Calum and Rory MacDonald, asked Donnie if he would like to become the lead singer of their Gaelic rock group, ‘Runrig’, and the rest is history! Donnie and Runrig became one of Scotland’s most popular rock bands and, during the height of their success, Runrig albums would outsell most other artists in Scotland!

He was elected as Rector of the University of Edinburgh in 1991 and in 1997, with a general election looming, he left Runrig to stand for the parliamentary seat of Ross but was defeated by Charles Kennedy. A solo musical career was born and, various albums and tours later, it was all rewarded when, in 2006, Donnie’s album, ‘Heart of America’, won the award for ‘Scottish Trad Music CD of the Year’!

Donnie made it clear during his recent Dundee Celt Fest performance that he had a strong association to Dundee, especially with his heartfelt ‘Mother Glasgow’ tribute to the late Michael Marra. He shared his connection to the most famous and beloved Dundee characters of all, and his other artistic connections… 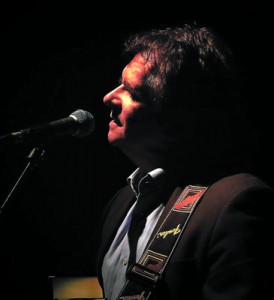 “I always remember that, whenever I got the Broons or Oor Wullie annual, I always went to the back to see what was happening with them on Christmas day and I have to say that one my greatest achievements is when Runrig appeared in the Broons on Hogmanay. Maggie and Daphne were dancing to Runrig’s music, it was pretty special!”

“I’ve got a really strong tie to Dundee. A really good friend of mine, Will Mclean – professor of fine art at Duncan Jordanstone School of Art; another good friend, Arthur Watson; and professor Murdo MacDonald, art historian here at University of Dundee; we all came together to work on a big visual arts project that was based around language and visual culture. It was called ‘Windows to the West’.”

We talked to Donnie about City Life’s recent article on Dalriada and he agreed that it’s an amazing part of Scotland. He was a wee bit taken aback when we proclaimed that he was a modern day Dalriadan Gaelic warrior and asked him where he gets his incredible spiritual and artistic energy from…

“The energy comes from the music. That’s something I’ve always felt strongly about, I always come away from a performance having a sense that the performer really meant it.

Throughout all my life at Runrig, I’ve never been able to just go through the motions, it’s an all or nothing thing with me and music and to an extent I think, when it’s happening best, you kind of lose yourself. You lose your own identity. You kind of give yourself up for the music and the songs. They just come through you and you become a vehicle for that. So if that’s happening at its best level then you’re not actually aware of yourself, you’re just aware of the songs.” 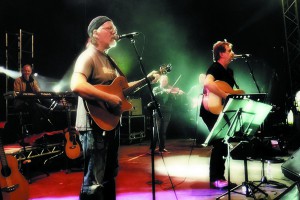 Listening to Donnie’s new songs, it was evident that they have a strong storyline of people and humanity and we wondered how he keeps on producing such quality heartfelt songs…

“Our lives and human existence are so common to everybody in the world, we do kind of divide ourselves up and despite cultural differences and linguistic differences, the basic thing about humanity is that we really are pretty much the same, and that’s what I am often committed to writing about.”

“I’ve written a few I’m happy with I suppose. I never really thought about myself as a songwriter, I’m so grateful that people have supported the solo part of my life because you can never take anything like that for granted and to be honest, having the ‘Heart of America’ album voted as album of the year in the 2006 Scottish Trad Awards, that was an amazing buzz. We had lots of accolades with Runrig and lots of success but it was something very special to me, to have your own work recognised, and it is work!”

It was inevitable that the subject of Scotland’s ongoing political evolution would come up and, knowing Donnie to be politically minded, we asked him his thoughts a year on from the referendum…

“It’s going to be interesting to see. To me, the referendum was important in lots of ways. In the period running up to the referendum I became a committed federalist, and I see a really obvious solution is to have a proper equal federal UK, where we can address each nations needs fairly and equally. To be open and honest. Many leading people I know on both sides of the argument would support a fair and equal federal arrangement, if it was done honestly as a genuine partnership of equals!”

“My experiences of Dundee have always been amazing. We came here a lot with Runrig over the years, there is a tremendous warmth and welcome here.” 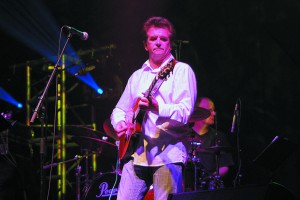 “Just like the ripple from a pebble, I hope Dundee’s first Celt Fest is the start of something bigger!”

Well Donnie, you are warmly welcomed back to throw your pebble here anytime!

Donnie and his band are playing at Glasgow Barrowlands on 5th December. For more information visit: www.donniemunro.co.uk