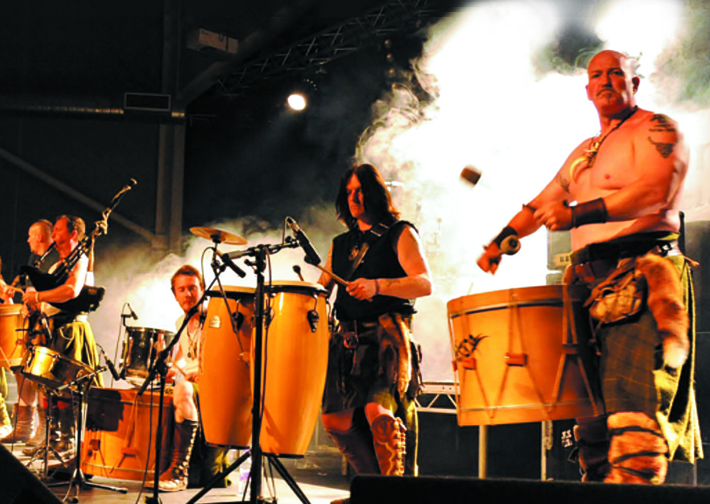 “Dundee has contributed greatly over the years to celtic rock and folk music, it was only a matter of time before a Celtic folk-rock festival in Dundee surfaced.”

City Life were lucky enough to be invited to review Dundee’s first ever Celt Fest, which ran from 18th of September. Graham and Eddie Brown, of Dundee’s ‘Graham Brown Band’, were the family passion behind this ambitious new music festival, held in Dundee city centre venue Buskers and supported by local solicitors Baillies. Here at City Life, we were thrilled to see so many musicians and performers playing in the venue over three days and nights – although we were knackered by the end of it! Surprisingly, the audience was incredibly diverse, with visitors from all over Scotland and Europe. We met Jane and Kelly from Inverness, we met Donnie Munro fans from Denmark, Coast fans from Germany and other revellers from the Netherlands. There were even a few folk in from the far side o’ Lochee!

Here are some of the highlights to give you a wee flavour of Dundee’s first ever Celt Fest.

Formed in 1990 in a garage in Dyce, ‘The Lorelei’ have been bringing pleasure to crowds across Scotland for over two decades with their unique blend of rock, folk, indie, punk and thrash. Their positive energy really got the early crowd warmed up on the first night.

One of Scotland’s leading tribal bands got the crowd fired up with their pipes and drums (main photo). They have recently released their fifth studio album, ‘Bloodline’, and have already had great success in the US. After their performance we spoke with Glaswegian, Big Davie,

“Dundee is a great place to perform and we hope to be back next year.” 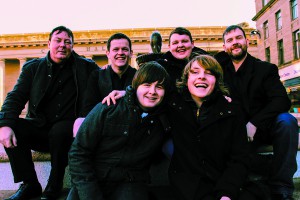 With a band motto “Bring Yir Kilt”, we knew we were in for a great headline act on the first night. True enough, some local fans turned up in kilts and even a kilted male and female pipe band turned up in party mood. What a great live performance from Dundee’s Celtic rock supremos. Graham’s dad, Eddie, on accordion with his friend, Boab, on guitar gave the youthful band a wee mature edge, while the young flair of Connor Brown on drums and his pal, Cameron Wilson, on lead guitar was great to see. Davie Hunter on pipes and whistles, and Graham Brown on guitar held the centre, and of course the larger than life young singer, Keiran Ferguson, paraded front stage like an old pro! What a great sound coming from this Dundee band. Well done lads, you have done Dundee proud! 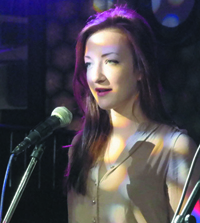 Iona Fyfe, aged seventeen, from Huntly, combined modern contemporary folk music with traditional ballads and a few lively songs, all accompanied on piano. Iona is a rising voice in the Scottish music scene. She is a Radio 2 Young Folk Award 2015 semi-finalist and has already performed at Glasgow’s Celtic Connections Festival. She has recently launched her first EP, ‘The First Sangs’, consisting of four traditional Scots songs interpreted with a modern twist. Her hauntingly beautiful bothy ballad lilt is magical. We asked Iona about her inspiration,

“When I was five I was introduced to the Dorrich culture of songs, I realised I wanted to be a north-east singer, heralding the bothy ballads about the farm life and culture. It’s really important to tell stories.”

Donnie Munro and His Band 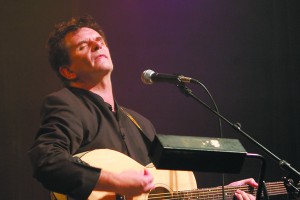 Donnie and his band were the main Saturday night headline act of the festival. The news filtered through that Donnie was buzzing at the sound check. Everyone around him knew this was a great sign and, true enough, what a performance he gave us! Donnie and his band played a lot of great new songs with one in particular, ‘Strangers to the Pine’, catching our ears. Donnie also paid a beautiful tribute to the late Michael Marra by playing and dedicating a heartfelt version of Michael’s ‘Mother Glasgow’…

“Michael Marra had a great way with words and a great insight as a musician and a human being.”

Donnie also rewarded the crowd with a good few old Runrig favourites – what a bonus! Donnie and his band really gave it their all that night and you could see Donnie was really enjoying the positive, intimate crowd. He really is a musical master who can still give it his all on stage. Thank you Donnie, you really made this a memorable moment in Dundee’s Celtic rock history!

The finale act on Sunday night was a fitting way to end this forward thinking, positive Celtic music festival. Coast brought their unique oxygenated vibrant rock energy to the festival. Now we can see why fans travel from Denmark and Germany to see them! See our ‘Dancing With Satellites’ review for more info.

There were plenty of other great performances from the likes of Ted Christopher, David Lindsay, Pauline Alexander and Edwin Gallacher, Bobby Brady, Tir Na Nog, and Allan Hunt. Well done to you all for making this such a memorable music festival.

We’ll leave you with the thoughts of Graham and Eddie Brown, the father and son team behind the Dundee Celt Fest…