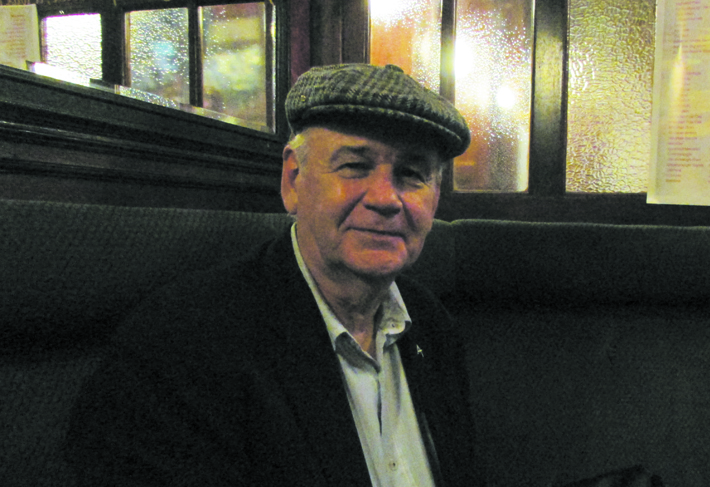 Brought up in Dundee’s Kirkton council estate, and now based in Edinburgh lecturing Scottish history, folklore and literature for the University of Edinburgh’s Office of Lifelong Learning; Dundonian Stuart McHardy tells stories about his beloved Scotland with the passion of a firebrand reformer and the wisdom and eloquence of an old Pictish druid. Telling magical tales about Scotland, whether as a lecturer, storyteller, poet, singer or writer, is his life passion. A former BBC Scotland broadcaster, he was also Director of the Scots Language Resource Centre from 1993 to 1998 and is a founder member and past president of the Pictish Arts Society.

We were delighted and intrigued to be invited by Stuart; who has already written more than twenty books on Scotland’s history and culture, including one about Dundee – ‘Speakin O Dundee’; to come to Perth for a special preview of his newly released book, ‘Scotland’s Future History’. 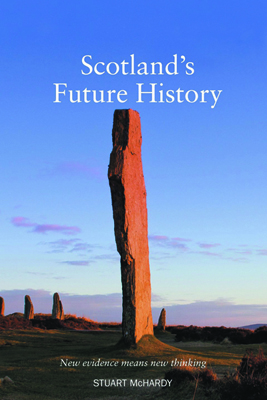 Scotland’s history is changing. What picture of the Scottish past should we pass on to future generations? Stuart McHardy takes a revolutionary approach to interpreting the past, showing us how future generations will understand Scottish history in a fundamentally different light, thanks to recent and future developments in archaeology, folklore and oral history.

A whistle-stop tour from prehistoric times to the present day, Scotland’s Future History unlocks a vision of Scotland’s history that is free from the kinds of distortion, bias and error that have plagued our understanding for centuries.

What if prehistoric Scotland was not a dark, remote land populated by barbarians, but was actually home to a highly sophisticated civilisation? What if the Scots never came from Ireland? What if Scotland never fought any ‘Wars of Independence’? What if Culloden wasn’t the end of the Jacobites?

What should Scotland’s future history really be?

We were lucky to catch up with Stuart afterwards over an Ossian beer and to find out where his storytelling inspiration comes from,

“This book arose from teaching history for twenty years at Edinburgh University. The more I’ve studied and taught Scottish history the more I have realised that we have never been told the truth!”

“The idea of this book is simply to start the debate, not just about the lies and distortions we have inherited from the past but also to discuss how we think our history should be taught. There needs to be a discussion as to what history we teach to future generations of Scottish children.”

“As far back as I can remember, I have been fascinated with standing stones and ancient hill structures. Aged eight, a school trip to Kinpurnie Hill in the Sidlaws behind Dundee inspired my first essay about the Pictish people that lived there in the past.”

Before parting ways, Stuart left us with this to ponder…

“Five-thousand years ago Orkney was probably one of the most sophisticated civilisations on the planet!”