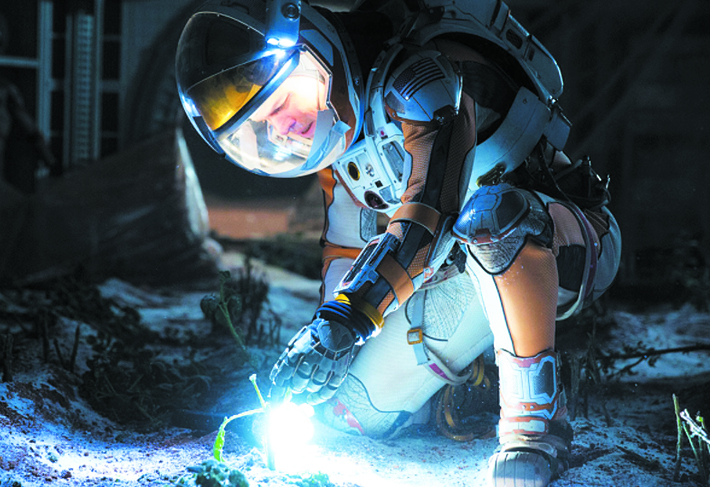 During a manned mission to Mars, astronaut Mark Watney (Matt Damon) is presumed dead after a fierce storm and left behind by his crew. But Watney has survived and finds himself stranded and alone on the hostile planet. Knowing it will be at least four years until a rescue party arrives and with only enough food and water to last 30 days, he must draw upon his ingenuity, wit and spirit to subsist and find a way to produce water and grow food on this lifeless planet.

Millions of miles away, NASA and a team of international scientists work tirelessly to bring “the Martian” home, while his crewmates concurrently plot a daring, if not impossible rescue mission that will not only risk their lives, but declare mutiny by going against NASA’s orders. As these stories of incredible bravery unfold, the world comes together to root for Watney’s safe return. 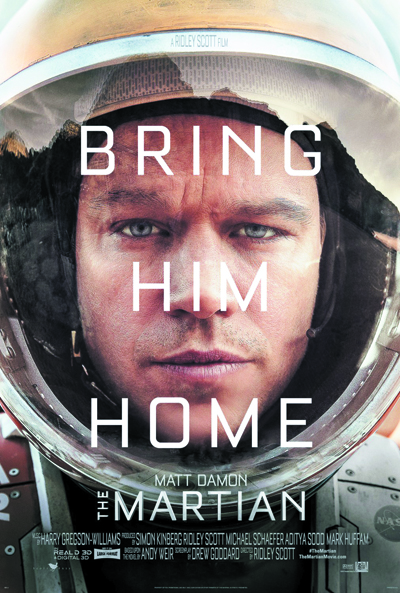 With a star studded cast including Jeff Daniels, Jessica Chastain and Kate Mara; this gritty survivalist tale is based on a best-selling novel by self-described “lifetime space nerd” Andy Weir. The software engineer and amateur author spent endless hours using Google to research technical details for his book which was originally self-published as an e-book in 2011, before the rights were bought by a book publisher and it was re-released in 2014.

The movie is helmed by master director Ridley Scott, the man behind Alien and Blade Runner, two of the most influential sci-fi films of all time. However, according to the Tyne and Wear born director, unlike his previous blockbusters, this project is his attempt to make a futuristic film that is more grounded in actual science. So from the outset, Scott enlisted the expert help of NASA, to guide him through making Mars and space exploration technically and visually accurate.

In fact, it really may not be that long until we see a manned mission to the Red Planet. NASA plans to land people there in the 2030s, while some aerospace companies believe they can achieve it as early as in the 2020s, so the science-fiction may well become a reality sooner than you think.

Planetary Science Division Director at NASA, Dr. Jim Green, who worked closely with Ridley Scott throughout production was quick to praise “The Martian”, stating that both the book and motion picture show “how close to reality it can be, it’s just around the corner for us… Mars really is a destination for the human race.”

“The Martian” is released in cinemas on the 2nd October.