The Best Golf Courses in Scotland 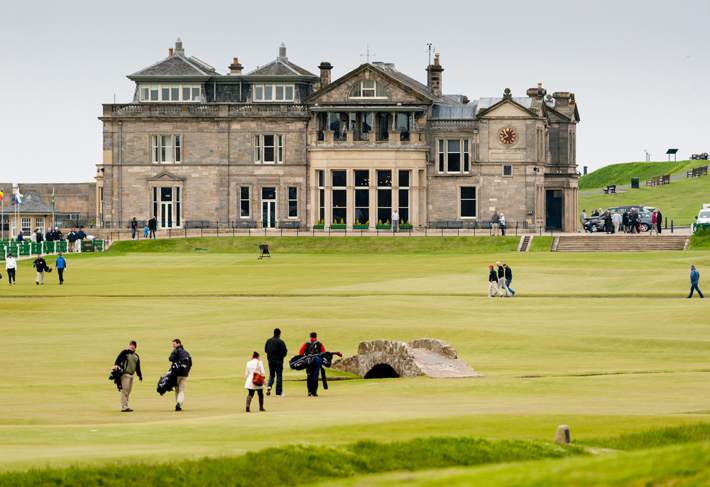 As the warmer months make their return for 2015, so too does the Scottish golf season. Whether you’re a seasoned pro or someone that doesn’t know their birdies from their bogies, there really is no better time to hit the fairway.

With just a matter of weeks now until the Open Championship embarks upon its quinquennial pilgrimage to “The Home of Golf”, St Andrews, and with a plethora of other tournments taking place throughout the summer months, we will soon be hit with an epidemic of golf fever! So why not treat yourself with a dose of eighteen holes on one of Scotland’s many beautiful and illustrious courses? With such a huge variety of exquisite courses available, we really are spoilt for choice. So to help you choose where to play your next round, here are some of our top picks…

“The Home of Golf” needs little introduction, and playing a round on the Old Course will mean you’ll be walking in the footsteps of some of the game’s biggest names. Jack Nicklaus, Seve Ballesteros and Nick Faldo are amongst the list of champions who’ve lifted the Claret Jug on the Old Course, which is now the traditional Open venue whenever the year ends in a ‘0’ or a ‘5’. Reigning Open champion Rory McIlroy has been installed as favourite for the 2015 Open Championship (16th – 19th July) and will be looking forward to adding to his already impressive Major tally. Don’t forget to bring your camera and take a quick photograph standing on the iconic Swilcan Bridge.

Universally agreed to be the fairest of Scotland’s Open venues, it traditionally produces winners of the highest class including Tom Watson, Nick Faldo, Ernie Els and most recently Phil Mickleson. Despite its list of distinguished champions, one of the biggest memories of Muirfield is the wind bringing Tiger Woods to his knees as he shot an 81 in 2002; his worst round of golf as a professional at the time. Widely regarded as one of the finest golf courses in the world, Jack Nicklaus loves this course so much that he named his golf course (Muirfield Village) after it. There’s not an average hole on the course but many players’ idea of the best hole is the risk-and-reward par-5 9th.

Ben Hogan, Gary Player and Tom Watson have all won an Open Championship at what is perceived to be the most difficult of Open venues. The most recent champion is Padraig Harrington who won in 2007 after Sergio Garcia had agonisingly lipped-out on the 72nd hole. Beware the wind that can be absolutely brutal, which it was in 1999 when Scotsman Paul Lawrie lifted the trophy with a 72-hole score of six-over par. The Championship course is renowned for its tough finish and the last five holes are all potential card-wreckers.

Quickly established itself as the best of Scotland’s newer courses and, along with St Andrews Old Course and Carnoustie, makes up the trio of courses used for the Dunhill Links pro-am which is traditionally played in October. Lee Westwood, Martin Kaymer Colin Montgomerie, Stephen Gallacher and Padraig Harrington are the most famous players to have won the Dunhill Links, with celebrities such as Nigel Mansell, Ian Botham, Gary Lineker, Samuel L Jackson and Michael Douglas playing alongside them. Despite not being built until 2000, Kingsbarns looks as timeless as Scotland’s other links courses, with the tricky 185 yard par-3 15th requiring you to hit your ball over rocks – so bring your nerve.

Walk in the footsteps of the victorious European Ryder Cup team by heading to the PGA Centenary Course at Gleneagles. Once there, you can imagine you’re making a terrific comeback like Graeme McDowell did against new Masters Champion Jordan Spieth, or be the overall top points scorer like the recent Zurich Classic winner Justin Rose. Perhaps the most vivid memory of all though has to be Jamie Donaldson’s winning wedge shot on the 15th, so why not throw a ball down in the same spot and see if you can hit it closer.

As well as having all these famous world class courses just a stone’s throw away, we are also extremely fortunate to have a number of wonderful clubs and courses right on our doorstep, here in Dundee…

So no matter how young, old or inexperienced you may be, grab some clubs, make a trip to one of these fantastic courses, and maybe you could be the next Rory McIlroy or Tiger Woods!