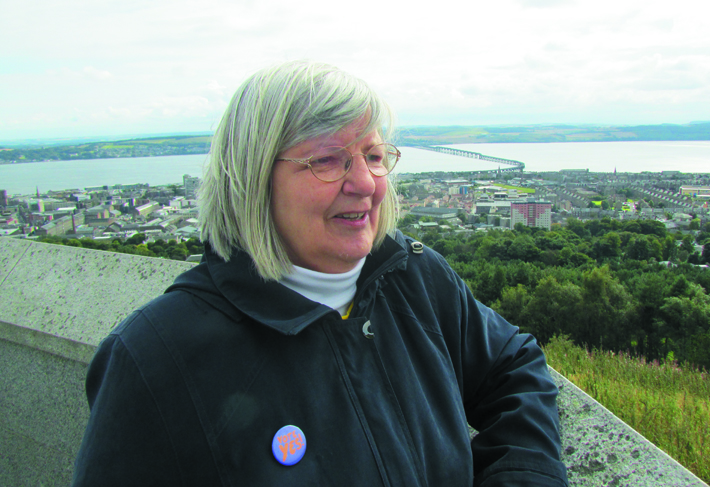 “It taks a stoot hert for a stey brae”

Dundee has been known throughout the years for inspirational women and traditional singer/songwriter Sheena Wellington will go down in history for her role in the opening of the first Scottish Parliament in 300 years on July 1st 1999 when she sang ‘A Man’s a Man for A That’. Sheena is a firm believer in Scotland being in charge of its own destiny and was campaigning in recent months. We caught up with her recently and she kindly took time out from a busy schedule to have a ‘City Life’ chat.

CLD – Dundee has been gifted with amazing women in our history including Mary Brooksbank, Mary Henderson, Mary Slessor and Bella Keyzer. Why do you think Dundee has produced such pioneering women?

SW – I think there is something about the city’s topography and location that breeds a hardiness in both men and women! It’s difficult to get between any two points without there being a hill on the way and as my Granny said “It taks a stoot hert for a stey brae” and that and the cold north-east wind makes you tough! Add to that the fact that for centuries many of the city’s men earned their living as sailors, soldiers or overseas merchants leaving the women to run the household, mind the bairns and often do some pretty hard work outside the home and you breed strong minded, principled women not afraid to argue their case.

CLD – What people in your life have inspired you and what are the most important lessons you have learned from these people?

SW – My major inspiration was my father who, with the help of his mother and sisters, brought my brother and me up after our mother’s death when I was only 2. He had been part of the struggle for better conditions in the 20s and 30s, fought against fascism and sacrificed his health on the Arctic convoys . He had a golden voice and taught me hundreds of songs. He was real Labour all his days, a National Covenant supporter, and he taught me the value of community, and that everyone matters. Had he still been with us he would have been campaigning for a Yes vote.

CLD – When did you start singing professionally and did you always know it was what you wanted to do?

SW – I started singing in folk clubs when I was in my late teens but it was the 80s before it became a bigger part of my life. We had a guest house in St. Andrews, I was involved in the local folk club, I was asked to do a folk show for Radio Tay, I made my first album “Kerelaw” – it was all a bit serendipitous really! But singing is something I do all the time, quite frequently without realising I am doing it. I have had some odd looks and the occasional round of applause on buses!

CLD – Have you always been based in Dundee –did you never feel your career might have gone further if you had been based elsewhere?

SW – No, I joined the WRNS and ended up in Lossiemouth where I met my husband. We lived in Somerset, Wormit and Southampton before returning to Scotland, spent almost 20 years in Fife and moved back to Dundee in 2001. It’s possible I could have pushed the career more, gone down the Tartan Treasure route singing the standards but I doubt if life would have been as interesting as it has been if I had. 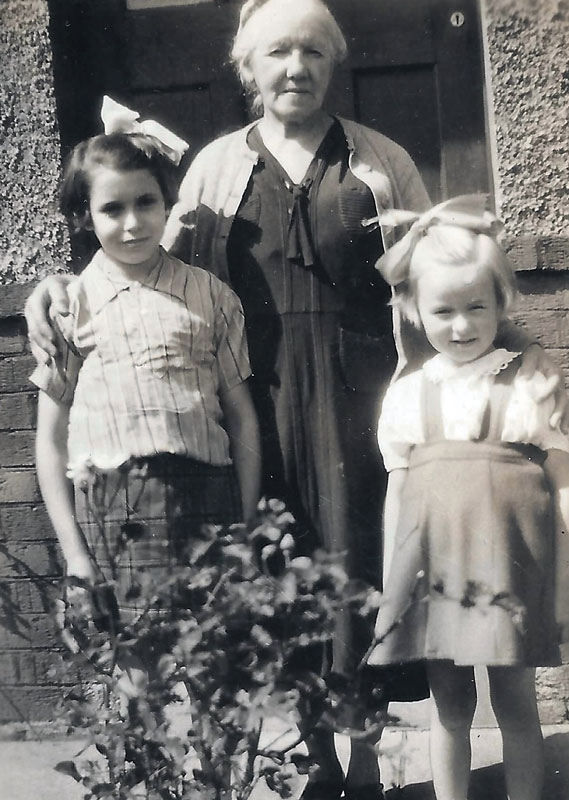 Sheena’s granny Mary with two of her granddaughters also both called Mary,
circa 1942/43

CLD – Do you have a favourite place in Dundee that you like to take visitors to who don’t know the city?

SW – The Tap o the La! The view from there is utterly stunning and it’s an asset the city does not make nearly enough of! I’ve been to cities where smaller outcrops with less spectacular views have cable cars, cafes and a brisk trade in postcards. And then I take them to the Central Library’s Wighton Heritage Centre to see the fascinating Wighton Collection of music books and manuscripts!

In November 2009 Sheena was installed in the Scottish Traditional Music Hall of Fame joining such luminaries as Jimmy Shand, Aly Bain, The Corries and Sheila Stewart. For more information on Sheena go to: www.sheena-wellington.co.uk.

City Life would like to thank Dundonian Anne Rendall, writer and journalist, for her help in arranging and conducting this interview.