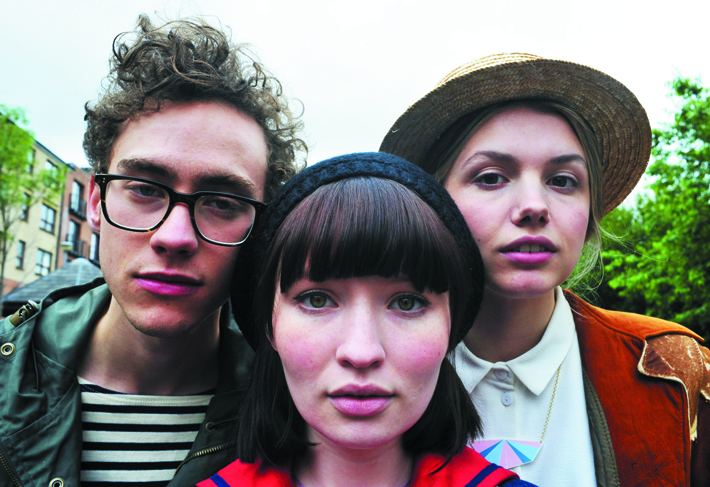 The long-awaited cinematic realisation of Belle and Sebastian frontman Stuart Murdoch’s song narrative ‘God Help The Girl’ is finally here. Debuted at Sundance and then at Berlin, the film is as whimsical as you’d expect from the source material, full of pretty Glasgow locations, vintage clothing and girls and boys with “issues” they need to work out through song.

Petite Eve (Emily Browning – Sucker Punch and Pompeii) has just escaped from the hospital where she is being treated for depression and an eating disorder. She’s a songwriter and desperate to get her work to the local radio DJ. At a concert she spies James (Olly Alexander – Channel 4’s Skins and the upcoming Bullingdon Club inspired movie The Riot Club) who seems as lost as she is and makes fast friends with the confident wealthy but dim Cassie (Hannah Murrah – Skins and the hit television series Game of Thrones). The trio decide to form a band and in the process discover true friendship and their own paths to happiness. 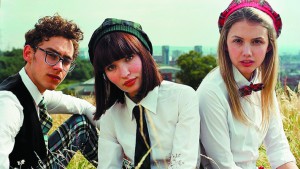 Belle and Sebastian fans won’t be disappointed with this gentle, yes, slightly twee coming-of-age story. Murdoch is clearly a lover of cinema history and there are plenty of nods to other films for you to spot along the way. The soundtrack isn’t as memorable as it might have been, but it’s a very pleasant way to spend an afternoon.

God Help the Girl is showing at the DCA from 5th September.