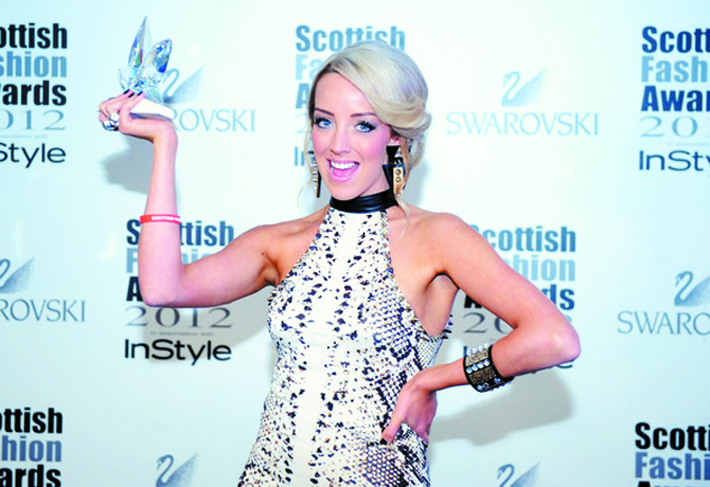 Dundee’s very own Hayley Scanlan has won the ‘Scottish Young Designer of the year 2014’ award at the 2014 Scottish Fashion awards. Hayley has already won the same award in 2012 and on hearing about the 2014 nomination she said:

“Amazing night last night at The Scottish Fashion Awards in London, and even more amazing to be crowned “Young Designer of the Year” again. I am extremely honoured to have received the award although as I mentioned last night there are many people who deserve a thank you. Massive thank you to Kerrie and all the girls in the studio, everyone who I have worked with and everyone who has helped me in any way over the past year, my Family especially my Mum and Dad, my Supergran and most importantly my Twins boys Freddie and Oscar Scanlan for making me work harder and better than I have ever done before. Massive congratulations to all other winners and also to Tessa Hartmann and team for doing such a great job last night. Oh and Pixie Lott for choosing to wear a dress from my new collection for her surprise performance at the awards last night! That made it even better!”

Dundee born Hayley Scanlan learned the craft of dressmaking under the direction of her beloved grandmother. Hayley burst onto the scene in 2009 when her Duncan of Jordanstone degree show collection ‘New Frontiers’ caught the eye of not only super model Erin O’Connor but also Vogue.co.uk naming Hayley as “fast becoming Scotland’s coolest young designer’. 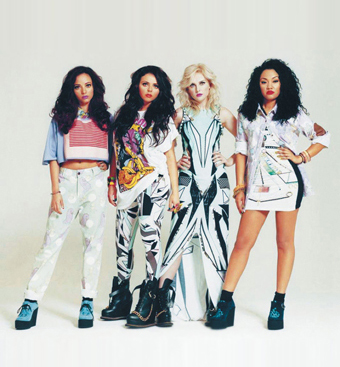 Whilst studying Hayley interned as a print designer with L.A based superstar designer Jeremy Scott (now Creative Director of Moschino) before heading to the UK capital of fashion, London where she briefly assisted Francesca Burns (now British Vogue editor) at i.D magazine. Hayley then returned to complete her degree year at Duncan of Jordanstone College of Art and Design in Dundee.

Hayley won ‘Young Scottish Designer of the Year’ in 2012 at the acclaimed Scottish Fashion Awards and successfully set up a design studio in her hometown of Dundee, in the same year she was made an official ambassador for the creative city. November 2012, saw Hayley launch her diffusion line H.S and debut collection ‘Velvet Venom’ in collaboration with The Victoria and Albert Museum.

Now successfully in its 4th season, H.S has established itself worldwide alongside the Hayley Scanlan Luxury Label. The demand for Hayley’s work has soared and has been seen on many celebrities including Erin O’Connor, Marina and the Diamonds, Little Mix, Stooshe, Jessie J and most recently in 2013/14 Foxes, Talia Storm and The Saturdays. H.S also made an appearance twice on hit TV show The X Factor. 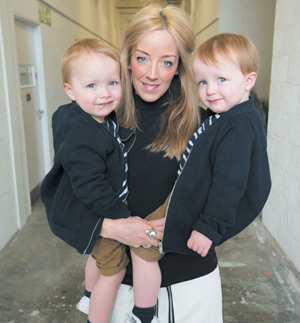 2013 was another successful year for the brand. H.S was chosen by Topshop as the only UK designer to feature in their pop up boutique at their flagship Oxford Street store during London Fashion Week. This success has seen Hayley gaining support from High Street giants Debenhams, where she has out sold personal pop up shops in both their Dundee and Glasgow stores.

With manifesting interest at a high Hayley was commissioned by the award winning Scottish Dance Production ‘Sisgo’ which is currently touring the world. H.S and Hayley Scanlan has appeared in many high calibre publications including i-D Magazine, Vogue, Vogue Italia, Grazia, SYN and O.K Magazine to name but a few.

Hayley continues to work and live in her hometown of Dundee with her twin boys, Freddie and Oscar. She is currently working on new collections for H.S and Hayley Scanlan and has recently launched her new 2014 Bridal Party Collection. 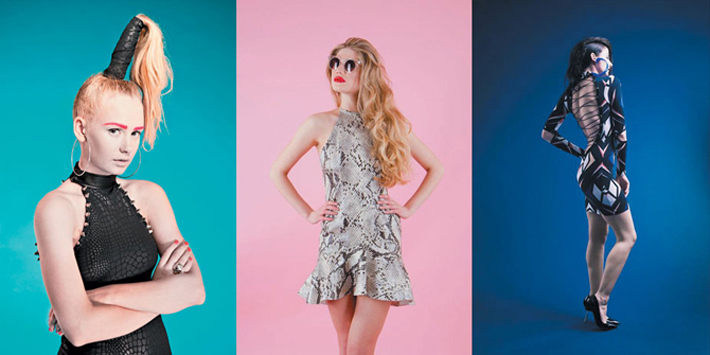 Specialising in women’s wear, Hayley Scanlan has a strong focus on the surface design of a garment using a clean, wearable silhouette. Educated in printed textile design and having interned as a print designer at Jeremy Scott in Beverly Hills, Scanlan designs all of her own printed fabrics. With a massive obsession for added detail and her signature use of hand embellishment on each garment, the finer elements of her craft enhance the unique style of her work.

Scanlan’s diffusion line, HS, is inspired by the simple silhouettes of the Hayley Scanlan main label, yet more wearable. The HS label is designed for ladies who love to have fun and stand out from the crowd. HS is available to buy directly from the Hayley Scanlan website.